You might think that with all the negative publicity about distracted driving and the tragedies it’s caused people would be doing less of it. Unfortunately, that’s not the case. In fact, if anything, the latest figures show the problem is getting worse.

In a report released earlier this year, the U.S. National Highway Traffic Administration (NHTSA) revealed an increase in the number of traffic crashes caused by distracted driving in general, and in the number of accidents caused by drivers using cell phones and other electronic devices. According to the report, there were 908,000 distracted driving accidents in 2012, up 10% from the year before. Of those, 60,000 were caused by drivers using electronic devices, an even more disappointing increase of 20%.

So who are the guilty parties? We all know that younger drivers have a greater attachment to being constantly connected, but they are by no means the only offenders. Among the 45,000+ distracted drivers involved in fatal accidents in 2012, just 10% were under the age of 19, and 27% were between the ages of 20 and 29. Surprisingly, nearly half – 46% – were between the ages of 30 and 59.

The pattern for cell phone use by drivers involved in fatal accidents was similar: 48% were between the ages of 30 and 59. Throw in drivers between 20 and 29 years old, and you’ve identified 82% of all the drivers involved in a fatal accident who were using a cell phone when they crashed. With numbers like that, it’s hard to believe that at least some of them were fleet drivers violating their company’s safety policy provisions against using electronic devices while driving.

So, it bears reminding fleet drivers of the following facts:

• Drivers talking on a cell phone are four times more likely to crash.
• Texting while driving makes a driver 23 times more likely to have an accident.
• It’s just as dangerous to talk on a hands-free cell phone as one that you hold in your hand, because your mind isn’t focused on traffic.
• Anything that takes your eyes off the road for more than two seconds is a distraction, including adjusting your radio or climate controls, reaching for something on the seat next to you, eating, grooming, putting on makeup, reading, looking at the passing scenery or having deep conversation with a passenger. 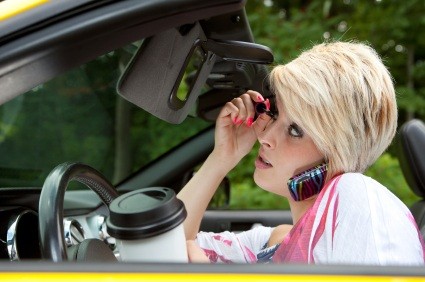 If you have to make or answer a phone call or text message – or engage in any of the other kinds of distracted behavior — the only safe way to do it is to pull over to a safe place to do it.

How to Safely Tow A Trailer Whether you tow trailers as part of your job..

What Is Predatory Towing? Towing is a vital industry, full of helpful service providers that..

Spring is pothole season, and when you hit one it can throw your wheels out..

Subscribe to Updates
This site uses cookies to ensure you get the best experience. Read More Accept
Manage consent

This website uses cookies to improve your experience while you navigate through the website. Out of these, the cookies that are categorized as necessary are stored on your browser as they are essential for the working of basic functionalities of the website. We also use third-party cookies that help us analyze and understand how you use this website. These cookies will be stored in your browser only with your consent. You also have the option to opt-out of these cookies. But opting out of some of these cookies may affect your browsing experience.
Necessary Always Enabled
Necessary cookies are absolutely essential for the website to function properly. These cookies ensure basic functionalities and security features of the website, anonymously.
Functional
Functional cookies help to perform certain functionalities like sharing the content of the website on social media platforms, collect feedbacks, and other third-party features.
Performance
Performance cookies are used to understand and analyze the key performance indexes of the website which helps in delivering a better user experience for the visitors.
Analytics
Analytical cookies are used to understand how visitors interact with the website. These cookies help provide information on metrics the number of visitors, bounce rate, traffic source, etc.
Advertisement
Advertisement cookies are used to provide visitors with relevant ads and marketing campaigns. These cookies track visitors across websites and collect information to provide customized ads.
Others
Other uncategorized cookies are those that are being analyzed and have not been classified into a category as yet.
SAVE & ACCEPT